Sundays AND Saturdays from Noon - 1pm (PST)
Reggae Legends Show with Errol Brown
Tune in to hear some of Errol's favorite roots selections - including many that he personally engineered and/or produced!  Errol was Bob Marley's engineer/producer - and has won SIX Grammy Awards - and he produced the Legend album (33 million copies sold globally and counting) as well!

As Errol would say - "Big up ya self with BIG Reggae Mix!!"
​
We air a show every Sunday with a replay of that show the following Saturday at noon.
Sundays from 1pm - 7pm (PST)
Big Island Mix
Fire up the barbecue and listen to some amazing island reggae music! We'll introduce you to bands from Hawaii, New Zealand (and more) - and island reggae-inspired songs from other artists as well.

​Celebrate the end of the work week with these IRIE  songs!  We play the very BEST ganja tracks on the planet. The Global Healing Has Begun!!

Tune Into The Big Ganga Mix Streamed Each Friday from 4:20 PM to 10:20 PM (Pacific Standard Time) 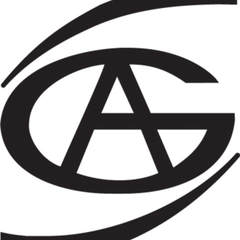 Check out their daily menu at AnodizedGroup.com
​
For the best top shelf Cannabis Products, just tell them you heard it on Big Reggae Mix,
Where the global healing has begun!!

Saturdays from 7pm - 1am Sunday (PST)
Big Cali Mix
​Six hours of amazing California reggae tracks - all music from the Golden State.
Immediately following the Big Dub Mix.
​
​​Sundays from 6am - noon (PST)
Big LIVE Mix
​6 hours of LIVE reggae tracks - some of the most amazing music you'll ever hear! We love the musicality and talent involved with sweet, live reggae music. If we only had a time machine....